What to Expect at the Gratiaen Awards 2018

When Sri Lankan born writer Michael Ondaatje won the Man Booker Prize for his novel „The English Patient‟ in 1992, he returned to the country he loved and admired with a vision for the betterment of support towards Sri Lankan writing in English. He invested the money he had gained from the Booker Prize in the Gratiaen Trust, named after his mother, with the following mandate: “to promote and recognize creative writing in English by Sri Lankan authors who are resident in Sri Lanka, promote and recognize translations into English of Sinhala and Tamil language creative writing by Sri Lankan authors resident in Sri Lanka, publish translations between Sinhala and Tamil language writing to foster cross-ethnic relations within Sri Lanka, and advance the international recognition of Sri Lankan creative writing.” Ondaatje‟s vision has been in effect for 26 years now, with the annual Gratiaen Awards, the Gratiaen Prize for creative writing and the H.A.I. Goonetilleke Prize for the best translation into English from Sinhala or Tamil. Past winners of the Prizes include Jean Arasanayagam (2017), Charulatha Thewalathantri (2016), Delon Weerasinghe (2005), Ruwanthie de Chickera (2000), Tissa Abeysekara (1996), Punyakante Wijenaike (1994) and Carl Muller (1993).

The longlist for the Gratiaen Prize 2018 was announced in April, and the winners of both awards will be announced on the 9th of June at the much-awaited Awards Ceremony. As usual published and unpublished manuscripts could be submitted for consideration and the longlist was compiled after careful scrutiny of 42 entries. The panel of judges for this year consisted of,

♦ Gill Caldicott, a scholar of English Literature, who is currently the Director of British Council Sri Lanka and Cultural Attache to the British High Commission.
♦ Ramya Chamalie Jirasinghe, poet and writer of fiction and non-fiction who won the State Literary Award in 2011 for „There‟s an Island in the Bone‟ with an academic background in Literature Studies.
♦ Andi Schubert, Senior Lecturer of the Department of Language Studies at the Open University of Sri Lanka.

We at Daily ARTRA present to you a breakdown of the longlisted writers and their works as a preview of the Awards Ceremony scheduled to be held this weekend: 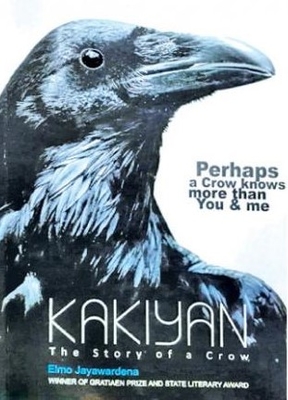 ♦ Elmo Jayawardene for "Kakiyan: The Story of a Crow"
Another writer who has a history with the Gratiaen Awards, Jayawardene won the Prize in 2001 for his novel "Sam‟s Story". "Kakiyan: The Story of a Crow‟ is a novel published by M.D. Gunasena, which places the focus on the ignored figure of the Crow. The story is told from the perspective of the crow who grows up with family and friends in the Jacaranda Condominium. The book is an experiment done to understand the manner in which the vigilant and everyday community of crows perceive mankind.
♦ Chamali Kariyawasam for "Catharsis"
"Catharsis" is a collection of poetry based on the life and experiences of the poet.
♦ Shehan Karunatilaka for "Chats with the Dead"
Shehan Karunatilaka won the Gratiaen Prize previously for his much acclaimed novel "Chinaman: The Legend of Pradeep Mathew". His most recent novel "Chats with the Dead‟ is a much-awaited novel which Karunatilaka says is “a comedy about mass graves...featuring a cast of dead people and lots of post-apocalyptic jokes”. He also claimed that it is influenced by "Blood Meridian‟ by Cormac McCarthy, Galapagos‟ by
Kurt Vonnegut and "Lincoln in the Bardo‟ by George Saunders, all dealing with existentialist themes about death and the after-life.
♦ Upali Mahaliyana for "Youthful Escapades"
Mahaliyana's novel was published by Sarasavi Publishers last year, and recounts the story of a murder trial of a woman, a fashion designer, attracted to underage young boys. The boys, now grown up, react emotionally and psychologically to the sexual encounters they had with the woman, uncovering the scathing scars of victimhood she left on them. Dealing with themes of depression, trauma, sexuality, love and young adulthood the novel is a delineation of the manner in which experiences from one‟s youth can impair their growth and maturity. 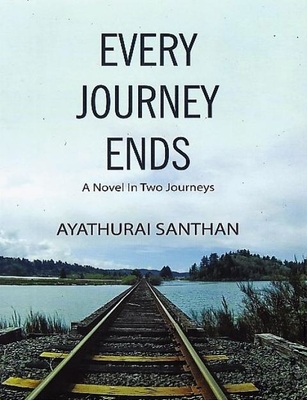 ♦ Ayathurai Santhan for "Every Journey Ends"
This work by Santhan, is a “novel in two journeys” published by Godage International Publishers. Santhan is one of the rare Sri Lankan bilingual writers who have written extensively in both Tamil and English. He has been writing since the 1990s, rewarding his readers of several novels and collections of short stories.

♦ Arun Welandawe-Prematilleke for "The One Who Loves You So"
Welandawe-Prematilleke is a dramatist who has a background in immersive theatre with earlier productions such as "Paraya" (2013), which were well-received by local audiences. "The One Who Loves You So",written and directed by him is a semiautobiographical play that delineates an encounter between two young men through a dating app for the LGBTQ+ community. The play, performed in August 2018 at the Namel-Malini Punchi Theatre is an eye-opening piece that communicates the trials and tribulations of relationships between members of the community and the impact of technology on them. Read our review of the play from E38 October/November 2018 of ARTRA Magazine here.
♦ Zeneefa Zaneer for "They Failed to Kill Her"
Zaneer is a writer who has published several works for adults and children both over a period of fifteen years. "They Failed to Kill Her‟ is an attempt at a raw depiction of the Muslim community of Sri Lanka, especially the women, with the aim of removing stereotypes embedded in people's mindset. The novel sheds light on significant themes related to adoption, parenting, abortion and disability.

The Gratiaen Trust is one of the prolific organizations that fosters creativity and writing in English by Sri Lankans, and we eagerly await the announcement of the winners of the Gratiaen Prize as well as the H.A.I. Goonetilleke Prize for the year 2018.