The very word ‘photography’ comes from two Greek words, ‘phos’ meaning light, and ‘graphis’ meaning drawing. When light has an inevitably influential role in photography, what happens if there is a lack of light? In our attempt to understand the consequences, we found Kesara Rathnavibhushana’s photography using lack of light to his advantage in crafting his painterly photographs through which he experiments and manipulates light in forming his esoteric.

As a self-taught photographer, Kesara gained the theoretic fundamentals through capturing photographs during his spare time in London. Working with an agency that supplied pictures for ‘Getty Images’, he realized that it is essential to co-ordinate with natural light and its unpredictability, especially at events. We witnessed Kesara utilizing natural light as an artistic tool to enhance his scrutiny of the subject. His successful career as a photographer is a result of his relentless nature together with his thirst to create a learning experience in each situation. Kesara would reach the venue prior to the event, talk to the organizers to get an insight, and after his groundwork and preparation, capture his photography perfected through the balancing of light. Depending on factors such as the time of day, camera direction and weather, he states that there is an overall illumination to the photograph. His use of compromised light in capturing portraits is significant, as we find his manipulation of natural light, crafted in accordance with, or in breaking of natural laws of light.

Kesara is observant, a phrase we use in deliberation. “I saw this phrase ‘You are too observant’ on a rooftop in Melbourne and I’d like to think that it was written for me,” he states. From the level of detail to hundreds of hours diligently spent on documenting cities and architectural reportage, Kesara encapsulates the composition of a masterful photograph. Kesara is intuitive in remarking the subtle changes of shadows and brilliance cast from sunlight. Whether it is direct natural sunlight that intensifies the brightness or the subtleties in the shadows and saturated colors; the intricacies of varying stages of natural light permits the artist to articulate and capture the muse.

The artis’s lateral thinking and apt use of tools permeates the laborious process involved in developing his photographs. As the German artist Karl Blossfeldt stated “plants are a treasure trove of forms; one which is carelessly overlooked only because the scale of shapes fail to catch the eye and sometimes this makes the forms hard to identify.” We found the artist’s photography depicting leaves and flowers through tactile and sinuous details, at times not discernible unless probed further. Through manipulating light, Kesara demonstrates his vision in different paradigms. “I feel light gives photography another layer of depth. Sometimes it just needs to be black and white, sometimes on a rare occasion it just needs to be in natural composition but most often I prefer it to be both because I’m looking beyond the leaf, I’m looking at the elements that excite me and what I can kind of draw out from it”. Expounding on the technicalities involved in the process, Kesara starts with a colored photograph. Then he digitally spates black and white and when necessary brings in the natural color. He also mildly  adjusts the hue and saturation although he focuses on staying faithful to the original vision.

5 Journeys And Their Ecological Advocacies

Daily ARTRA’s Artist of the Week 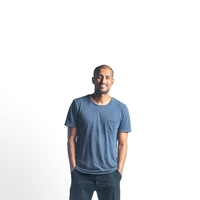 Challenging Photogarphers with Vision and Skill

Angampora - A Nation's Legacy in pictures